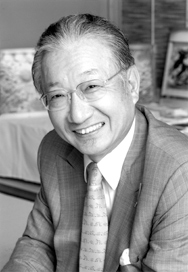 Modern Japan has developed hand-in-hand with the railway station, and Japan’s rail infrastructure is the best in the world in terms of both quality and quantity. Some of the metropolitan areas, in particular, boast 2,000 km of track and 1,000 stations within a 50 km radius. A daily average of 45 million people use trains in the capital region, and they pass through stations twice a day. Stations are spaces where a whole variety of people come into contact with the pulse and culture of a new era as they come and go. Unlike the train stations of car-dominated countries in Europe and North America, which mostly operate merely as transit points, stations in Japan act as media for new discoveries. They are deeply rooted in modern society as communication and information points and key community hubs. How can we unlock and maximize their latent economic possibilities and unlimited potential? To answer this question, NKB has been a pioneer in value-added business that uses the capital region’s train stations as its stage. We have thoroughly updated station media, introduced computerized information services, and launched original web-based data sharing. Working from a range of perspectives that encompasses community building in public spaces focused on stations as well as promotional and educational activities in artistic and cultural fields, we have shaped a new style of station that forges connections between people, the times, and culture. Positioning Japan’s train stations as a gigantic form of mass media, we strive to transform transit advertising for the modern age, with stations at the very heart of our efforts. Guided by the fundamental policy set when I founded the company, NKB continues to seek out new challenges.

Profile of Chairman and Founder